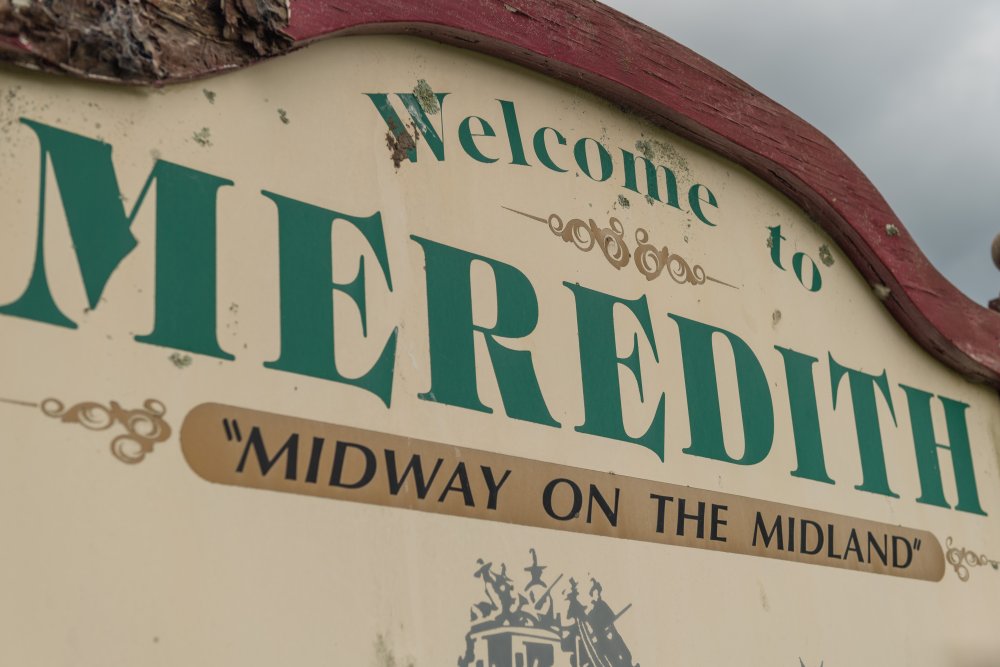 Meredith the town is about 13kms from the Meredith Supernatural Amphitheatre. It has two pubs, two cafes (one of which doubles as a provedore), a servo and a General Store, amongst a few other things, like a rural supplies store, doctor’s office and a golf course.

There was once a short-lived hospital, a lapidary club and a football club, who last won the flag with a one-point victory over Sebastopol in 1961. The club even had a women’s team who took on archrival Inverleigh in 1972.

To get to The Sup’ from town, turn off the Midland Highway at the Royal Hotel (Staughton Street), go past The Meredith Hotel on your left, cross over the railway tracks, and keep going until you get to the corner of Nolan Road. That’s about it just on your left there.

On your way through, why not consider dropping into one of the following local Meredith establishments: 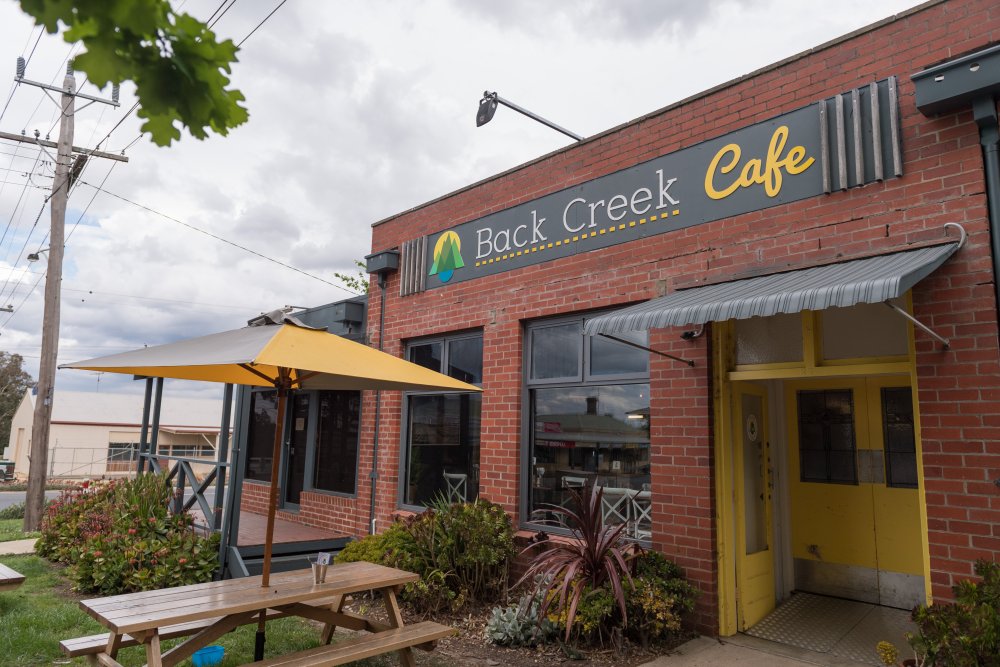 Cnr Staughton Street and the Midland Highway. Breakfast, lunch, coffee and cake. Run by Year 9s from a school that has a farm not far from Meredith, and where much of the food served from the cafe is grown. 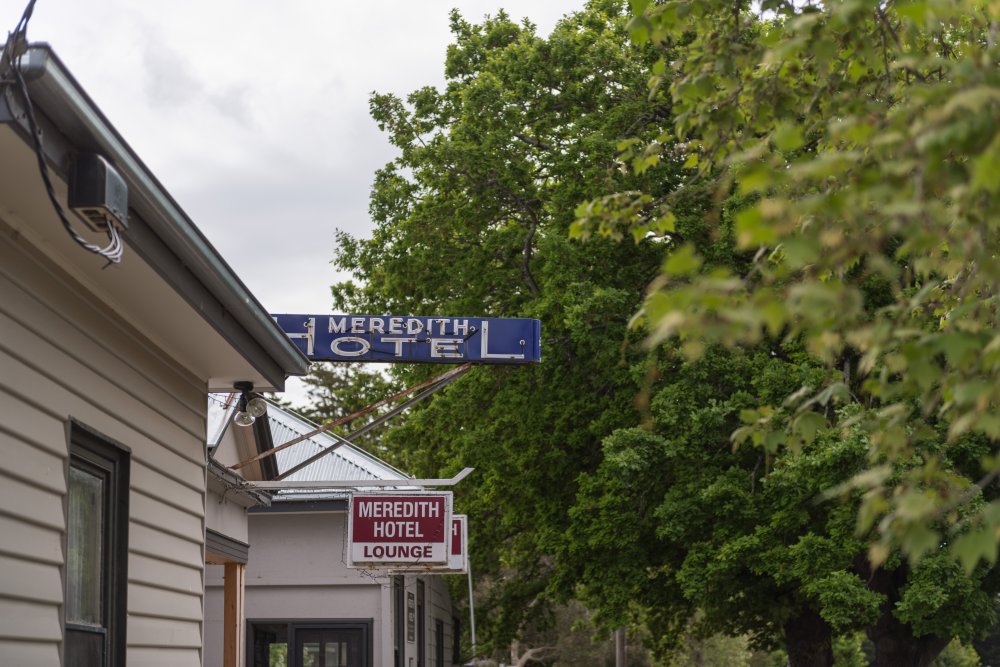 The Meredith Hotel (The “Top Pub”)

51 Staughton Street. See Rick and Cate for meals, cigarettes, ice and the bottleshop. 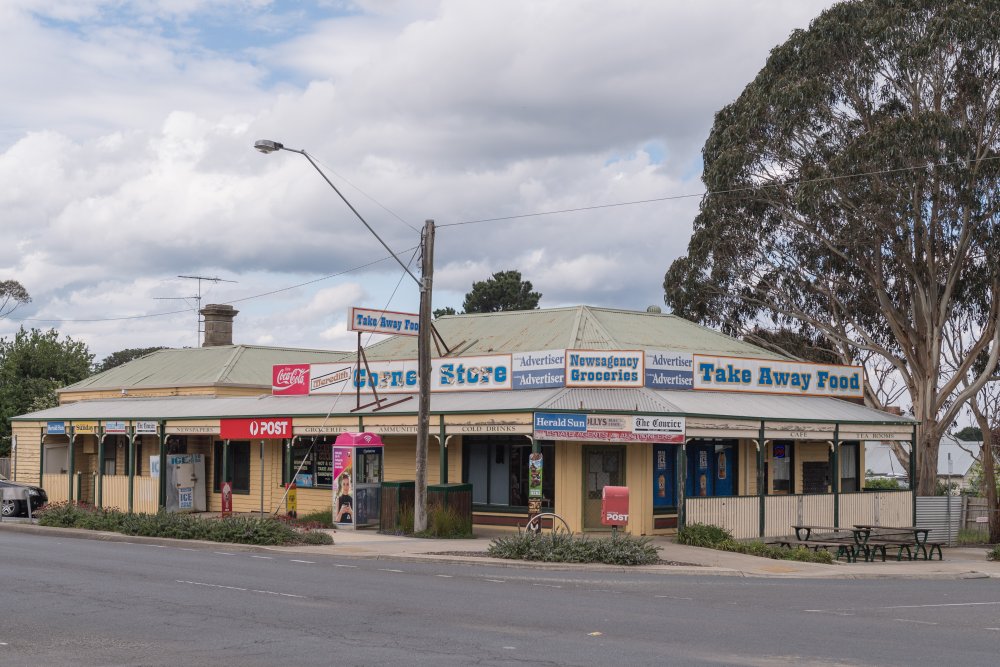 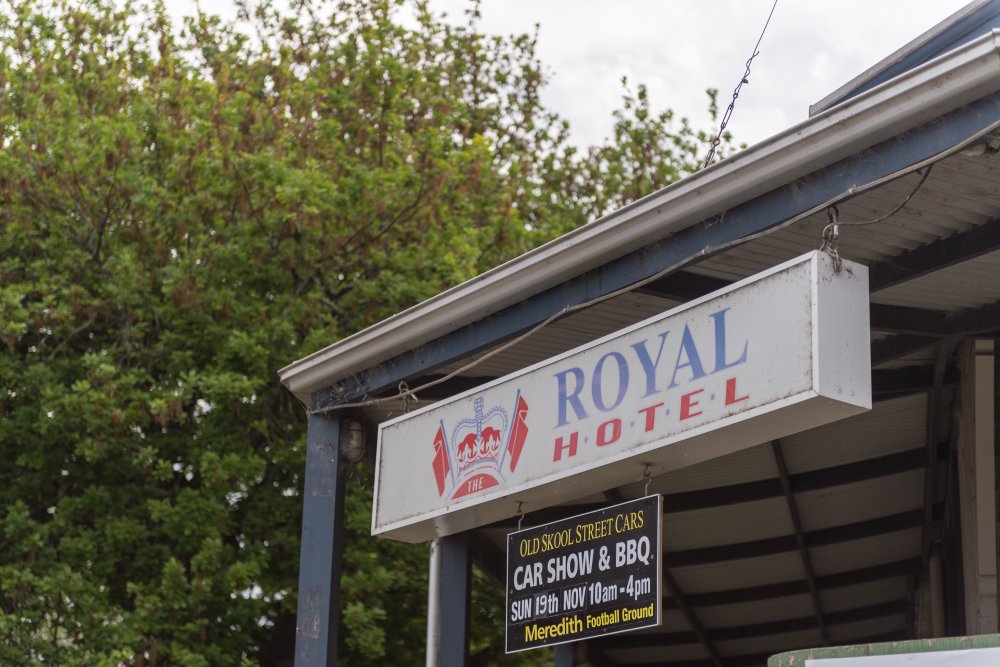 The Royal Hotel (The “Bottom Pub”)

Cnr Staughton Street and Midland Highway. Damien and Claire invite you to visit the re-modelled and re-named Royal Hotel. Here you can get meals, cigarettes, ice and alcohol.

Midland Highway between Wilson Street and Staughton Street. The Roadhouse has the perfect Bain Marie for eating away any post-Sup’ blues, as well as petrol, ice and snacks.

4350 Midland Highway. See Patrick and Helen for a wide range of farm and hobby-based merchandise.

During the Victorian bushfire season (November to April) it is important to follow this bushfire safety advice, to keep yourself out of any trouble.